The ultimate guide to… K-pop

Will you soon be riding the ‘Korean Wave’?

You might not be familiar with the term ‘K-pop’ (‘Korean Pop’) just yet, but you will be soon. South Korean ‘idol groups’ have a following of tens of millions of super devoted fans all over the world and as soon as a concert is announced, stadiums are sold out in the blink of an eye. The commercial value of this industry is valued at billions of dollars.

Seems like a good reason to become familiar with this unmissable phenomenon, so What is K-pop? How did it start and what makes it so unique? We take a look at its relatively recent history, its industrial-like production, creative forms of expression, and its impressive global impact. Don’t be surprised when you find yourself riding the ‘Korean wave’…

The birth of K-pop

Until the beginning of the 90’s, music in South Korea was heavily censored. Songs had to either be about the glory of the motherland, or about very tame subject matter. All of that changed in 1992 when Seo Taiji & Boys took part in a TV talent show, after which they became incredibly popular.

Their song Come Back Home, about runaway teens, was the first song which combined the modern American pop style of music with South Korean culture.

This paved the way for the K-pop that is so loved today.

Music as an export product

South Korea rapidly transformed from being a poor country in the 1960s, to being the world’s 11th strongest economy in 1996. That year, businessman Lee Soo Man saw an opportunity in releasing and exporting Korean music, so he founded the entertainment company SM Entertainment. Two other big entertainment companies, YG Entertainment (founded by a member of Seo Taiji & Boys) and JYP Entertainment, were launched a few years after this.

These 3 companies developed what is now known as the K-pop success formula. They were really supported when the 1997 financial crisis hit Asia and the government decided to give its cultural industry a boost by investing at least 1% of its budget in culture. This did wonders to the brand new Korean music industry, marking the beginning of a blossoming K-pop business.

In 2011, more than a decade later, the 3 big entertainment companies organized their first tours outside of Asia. The real intercontinental breakthrough came a year later when PSY scored the global hit, Gangnam Style. It was the first video to reach over a billion views on YouTube and it introduced millions of people worldwide to the phenomenon known as K-pop.

However, it was still difficult for K-pop groups to find success in the Western world. There were a few that scored (modest) hits, but the first group to really become successful was BTS.

In 2017, 2 of the boyband’s singles reached the American Billboard Hot 100. They performed during the American Music Awards and the New Year’s festivities on Time Square, and collaborated with American DJ Steve Aoki on their single, Mic Drop. More recently, K-pop is also gaining traction in Europe.

The effect of this international expansion can be felt back in K-pop’s homeland. South Korea’s music industry was ranked 21st in 2010, whereas it was the world’s 6th biggest music market in the world in 2017. South Korea’s music industry is valued at an estimated 5 billion dollars, and 80% of the total music sales are made up of domestic products, largely consisting of K-pop music. 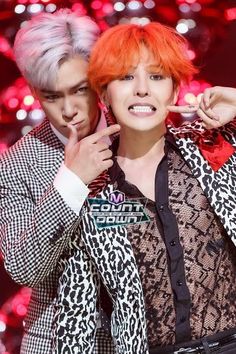 How does K-pop sound?

What makes K-Pop’s sound unique is that different genres are often combined in one song. There are seamless transitions from hip hop to EDM to rock to pop. One quality that all K-pop hits seem to have in common is that they’re earworms. If you’ve heard these catchy songs once, you can’t get them out of your head.

The road to perfection

What does the K-pop ‘production process’ look like? The pop groups are created by the big entertainment companies. Teen idols in the making participate in auditions similar to those on reality TV such as American Idol, The Voice and X Factor. This usually happens while they are still in elementary school. Singing and dancing skills and physical appearance decide whether they are eligible to go on to the next step.

The next phase is a lengthy trainee program which lasts a number of years. Trainees are given lessons in singing, dancing, acting, foreign languages, and learn how to build their image. They live in dorms, often spending 20 hours per day in class, and have to obey strict rules: there’s even an evening curfew.

Once the trainees have developed into perfect popstars, they are- if they’re lucky- chosen to join a new pop group. Before an official debut is made, they undergo even more training to perfect the act down to the smallest details and might even be encouraged to undergo plastic surgery.

If trainees make it far enough to join a K-pop group, the chosen talents are presented as idols. They sell a dream. However, this image is often far removed from reality. K-pop stars enjoy fame and being renown, but they pay a huge price for it.

This is because the entertainment companies control them with an iron hand and commercially exploit them. They sign so-called ‘slave contracts’ stipulating years of commitment, and are required to pay back investments that the entertainment companies have made in them. There are known cases of award-winning artists only managing to keep $370 of their earnings each month. As if that wasn’t bad enough, sexual intimidation and abuse are apparently common.

Videos are an important aspect of the worldwide (viral) success of K-pop. The visual aspect is hugely important. The music videos are highly stylized with lots of colours, tight choreography, impressive backdrops and costumes. They tell complicated stories, often about dreams, family betrayal, murder, lovesickness and time travel.

The live experience is also very important. Firstly, a unique light stick is designed for each K-pop group.

When tens of thousands of fans wave them to the rhythm of the music, the effect is mesmerising, to say the least.

The audience also reacts to what happens on the stage with so-called ‘fan chants’. The names of the pop group are sung, fans echo important words or react to the lyrics. This makes the show a highly interactive concert experience which encourages the feeling of belonging to a group.

By now, K-pop seems to be at least as popular overseas as it is in South-Korea. The majority of the 22 million fans on the largest online K-pop community Soompi, for example, do not live in South Korea.

That doesn’t mean that K-pop groups fully conform to their international fanbase. The lyrics often contain a few English lines, but are mostly Korean. The official videos are often subtitled and fans that speak both Korean and English often volunteer to translate interviews.

The fact that most fans don’t speak the language seems to be an advantage rather than a roadblock. Non-Korean fans see it as a fun challenge to discover as much as they can about their idols. They are often in contact with one another and form a tightly-knit community. Some fans take it so far as to learn Korean.

K-pop groups have managed to inspire millions of young people worldwide with their catchy songs, flawless performances, and relatable messages. The lyrics of most K-pop groups are on light topics such as love, friendship and partying, but some groups also sing about socially relevant themes.

BTS, for example, speak about mental health, LGBTQ rights and women’s rights in their music [See: What is BTS’ music actually about?]. In September last year, they were even invited to a meeting of the United Nations where they gave a speech about their ‘Love Yourself’ campaign.

While The Beatles were responsible for Beatlemania in the 60’s and the Backstreet Boys made teen hearts race in the 90’s, K-Pop groups like BTS, EXO and BlackPink are THE teen idols of the 2010’s.

These groups have millions of followers on social media and their videos have hundreds of millions of views. These numbers put them in the same category as artists like One Direction, Beyoncé, Ed Sheeran and Justin Bieber. The various groups have highly active fan clubs that cheer their idols on online. BTS even has multiple Twitter accounts and professional teams in different time zones to optimize their online reach and impact. This resulted in them winning the Social Artist Award during the Billboard Music Awards in both 2017 and 2018. This award was never won by a non-western artist or band before this.

The impact of K-pop groups can also be felt offline. The idols not only easily fill stadiums worldwide, but when they give acte de présence, fans often become hysterical.

We are very interested in seeing what happens this week when BTS performs in Amsterdam’s Ziggo Dome.

Want to know more about the most popular K-pop group of the moment? We wrote What is BTS’ music actually about? If this Introduction to K-pop has opened up a whole new world to you, you definitely can’t miss Bulletproof Boy Scouts’ interesting lyrics…

"Ever since I can remember I have been waking up with music and going to bed with it. I am very happy to have followed my heart and started working in the music industry. In 2015 I established my own start-up to develop a music app, this is also where Nolala came to life. My music taste is very broad, but I prefer to listen to singer-songwriters; Ben, John, James & Ed are my men!”