These are the most bizarre Shakira lyrics

We all know her catchy, sensual pop songs, unique voice and sexy dance moves. But have you noticed how sometimes Shakira’s lyrics are actually quite weird?

The Colombian world star will perform in the Ziggo Dome on Saturday. We found this a good excuse to put together her most bizarre metaphors, puns and shout-outs. Prepare yourself for a whole load of ‘huh?!‘ moments!

We’ll start off tranquilo with one of her biggest hits. Hips Don’t Lie seems to be a typical Shakira Song: sexy and easy to dance to, the song has that unmistakable Latin vibe. The lyrics are about seduction on the dance floor;

I never really knew that she could dance like this
She makes a man want to speak Spanish
¿Cómo se llama? (sí), bonita (sí) Mi casa, su casa (Shakira, Shakira)

Oh, baby, when you talk like that
You make a woman go mad
So be wise (sí) and keep on (sí)
Reading the signs of my body

But then there is a (somewhat strange) metaphor:

I’m on tonight, you know my hips don’t lie
And I’m starting to feel it’s right
All the attraction, the tension
Don’t you see, baby? This is perfection

Shakira’s hips do not lie! This man is attractive… and her prey is not just a man, he is half animal, half human(!)

Oh, boy, I can see your body moving
Half animal, half man
I don’t, don’t really know what I’m doing
But you seem to have a plan

The passion takes over control completely…

My will and self-restraint
Have come to fail now, fail now
See, I’m doing what I can, but I can’t, so you know
Hips Don’t Lie – Shakira

The story goes that this song originated from a joke that Shakira made during rehearsal. Her hips would be a good indicator to determine whether a song was already good (enough). If they didn’t move spontaneously during a rehearsal, the band had to keep practising.

Before Shakira made her break in Europe and the United States, she sang in Spanish. With Whenever, Wherever she made her first escapade to English, but the contents of her lyrics show that she still honors her South American roots;

Baby, I would climb the Andes solely
To count the freckles on your body
Never could imagine there were only
Ten million ways to love somebody

She doesn’t sing about the Alps or Rocky Mountains… she’s climbing the Andes! But there’s a twist in the next set of lyrics;

Lucky that my lips not only mumble
They spill kisses like a fountain
Lucky that my breasts are small and humble
So you don’t confuse them with mountains
Whenever, Wherever – Shakira

Say whut?! Shakira is not afraid of a little self-mockery.

3. Underneath Your Clothes– Shakira

Before Shakira became world famous with her Latin Pop, she was inspired by artists like Nirvana, Aerosmith and Tom Petty. These rocky roots can still be heard in Underneath Your Clothes, a power ballad about unconditional love.

If you only listen to the general meaning of the lyrics, it sounds like a pretty standard love song with clothes as a metaphor. In this song, her lover would hide behind his outfit, not having to show his true nature. But when we take a closer look at the first verse, it gets a bit awkward.

Ehhh.. is she referring to what’s under his clothes literally? Because she herself announces that it will sound strange, a figurative interpretation does not seem logical.

On the other hand, the following passage does sound romantic:

But the chorus is more ambiguous:

Underneath your clothes
There’s an endless story
There’s the man I chose
There’s my territory
And all the things I deserve
For being such a good girl, honey
Underneath Your Clothes – Shakira

Sweet and romantic or very cheeky instead? How literally should we take this, Shakira?
The song is very mysterious to me, but maybe that is exactly what the Latina wants to achieve.

Me Enamoré is featured on the eleventh and most recent album El Dorado. In this song Shakira describes how she fell in love with her husband, professional football player Gerard Piqué. We have translated the lyrics from Spanish, so that you get the special details of their life changing encounter:

One mojito, two mojitos
Look at those beautiful eyes

Falling in love in a club after a few drinks doesn’t sound very special, but wait until you read the following passage:

Immediately indicating that you want ten children with that hottie on the dance floor and asking if he wants to practice!?

That wasn’t just bold… it was also inspiring! With the hashtag, #meenamore, thousands of Shakira fans shared the moment they fell in love on Instagram.

The Latina wrote the number 1 in this list in just 10 minutes! And this time, the song isn’t about seduction, sensual dance moves or a good fiesta, but about a more serious theme!

She Wolf is about a female wolf that is ‘imprisoned’. It is a metaphor for the pressures and limitations women feel in a male-dominated society. As a result, it is very difficult to be satisfied with themselves.

In an interview she says: “We live in a society that represses women’s subconscious dreams. You know, women have to make enormous efforts through life, much larger than men. We deal with so many pressures: the pressure of aesthetics, and how society wants us to deliver our performances as mothers, daughters and wives. And then, on top of it, we must sweat it out at the gym trying to get rid of cellulite.”

It is not just the message which makes this song deserve the first place on this list, (if you ask me) it contains the most bizarre and amazing metaphor from her oeuvre:

After reading this list, I think we can conclude that Shakira is the queen of bizarre lyrics!
But does that justify the negative criticism she regularly receives? Not if you ask me! These lyrics really put a smile on my face, I think it’s cool that she picks bold, witty lyrics in a unique way. It’s not for nothing that (with these lyrics!) she has 12 Latin Grammies to her name and is currently touring the world with her eleventh (!) studio album, El Dorado, including stunning looks & moves.

We’ve written many more Top 5-portraits of artists. You can find them here. 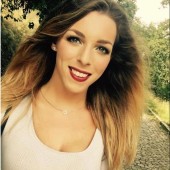 “As a freelance marketing, beauty and influencer consultant, my life is quite diverse and so is my music taste. Music has always been a common thread in my life, a great memory only really comes to life when I hear that one song of that one moment. Besides that, it makes everything I do just a lot more fun! My all-time favorite artists are Armin van Buuren, Shakira and Rihanna. Furthermore, dancing, travelling and the wonderful world of YouTube and influencers make me happy!”